skip to main | skip to sidebar

It's another Monday morning so another episode of Monday Giggles is here. :D

I was shown this video a couple of weeks ago by a work colleague and it is one of the cutest videos I've ever seen. It's so catchy too, you'll be singing it all day. LOL

Today marks our 9 year wedding anniversary. 9 years! One more until the big 10. Wow.

Although it doesn't feel like we just got married yesterday (that's NOT a negative statement by the way LOL), the time certainly has passed in a flash. Our relationship is based on God's love and values, a lot of fun and laughter and lots of love. I'm not going to say it's an absolutely perfect relationship, but it's pretty close! :D

So, what did we do today to celebrate? We headed over to the mega spiffy hotel, Lillianfels for High Tea of course!! 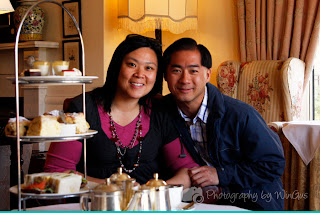 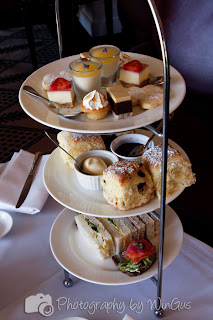 Here's a close up of the bottom tier: 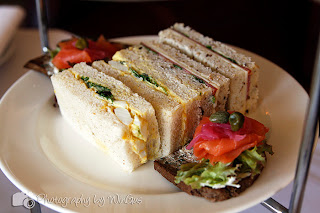 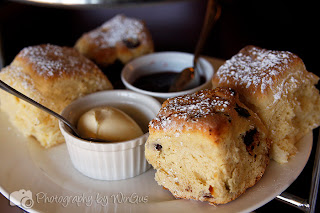 And finally the top tier: 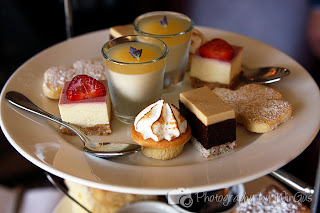 We did have a bit of an interloper called Claude, which we found out from his name tag as he didn't introduce himself. Thankfully though, he didn't interrupt us at all and just sat there quietly observing our antics. He was pretty sweet as he gave great cuddles. LOL 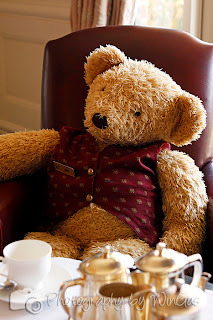 Even though it was very expensive for a couple of finger sandwiches, some scones and petit fours, we both think it was worth every cent to be spoilt!  Mind you, we've pretty much been spoiling ourselves for the past two weeks, but more on that another time.

Luv ya heaps Gus! And look forward to our tenth anniversary next year, and many, many more years to come! :D


I love sarcasm. Australians in general are very good at sarcasm. The problem is that sarcasm can too easily be misunderstood and taken as an offensive insult rather than just a gentle ribbing, taunt or cynical remark. Having said this it's often foreigners to Australian soil that find us rude when we're only being [humourously] sarcastic!

I usually mean no insult when I'm being sarcastic (well, maybe just a little, but it depends on who I'm talking to! :D), and more often than not, I'm just teasing or it's self-deprecating, and most of the time to try and get a laugh. Yes, sarcasm is my sense of humour. LOL

When I'm not being sarcastic, I love reading sarcastic quotes. This is what I've got for you today on Monday Giggles. I hope you enjoy them!

Oh, before I go, if you want to learn how to be sarcastic, see THIS tutorial. Heh heh.


"No, Groucho is not my real name. I'm breaking it in for a friend." Groucho Marx

"If you find it hard to laugh at yourself, I'd be happy to do it for you." Groucho Marx

"I find television very educating. Everytime somebody turns on the set, I go into the other room and read a book." Groucho Marx

"Some cause happiness wherever they go, some whenever they go." Oscar Wilde

"You have delighted us long enough." Jane Austen

"He has Van Gogh's ear for music." Billy Wilder

"Man is the only animal than can remain on friendly terms with the victims he intends to eat until he eats them." Samuel Butler

"Nothing fixes a thing so intensely in memory as the wish to forget it." Montaigne

"A narcissist is someone better looking than you are." Gore Vidal

"A clear conscience is usually the sign of a bad memory." Steven Wright

"If at first you don't succeed, try something easier." Sarcasm Society

"It's never too late to go wrong." Sarcasm Society

"They worship the ground that he walks away from." Sarcasm Society

"Light travels faster than sound. That's why some people appear bright before they speak." Anonymous

"Support bacteria - they're the only culture some people have." Anonymous

"I think, therefore we have nothing in common." Anonymous

"Make it idiot proof and someone will make a better idiot." Anonymous


Welcome to another Monday Giggles!

Here's some signage that really needs to be fixed.


From the mouths of babes.

"That's because your stomach is empty," her mother replied. "You'd feel better if you had something in it." She gave Susie a snack and sure enough, Susie felt better right away.

That afternoon a family friend dropped by. While she was chatting with Susie's mom, she mentioned she'd had a bad headache all day long.

After the service, his cousin asked him, "How many women can a man marry?"

"Sixteen," the boy responded. His cousin was amazed that he had an answer so quickly.

"That's okay with us, but what made you decide that?"

"Mommy, if we give him the money now, will he let us go?"
~~~~~~~~~~~~~~~~~~~~~~~~~~
Terri asked her Sunday School class to draw pictures of their favorite Bible stories. She was puzzled by Kyle's picture, which showed four people on an airplane, so she asked him which story it was meant to represent.

"The Flight to Egypt," was his reply.

Pointing at each figure, Ms. Terri said, "That must be Mary, Joseph, and Baby Jesus. But who's the fourth person?"

A stagehand below would then pull a rope, the trapdoor would spring, and the actor would drop from view.

The play was well received. When the actor playing the part became ill, another actor who was quite overweight took his place. When the new actor announced, "I descend into hell!" the stagehand pulled the rope, and the actor began his plunge, but became hopelessly stuck. No amount of tugging on the rope could make him descend.

As he was coming down the aisle, he would take two steps, stop, and turn to the crowd. While facing the crowd, he would put his hands up like claws and roar.

As you can imagine, the crowd was near tears from laughing so hard by the time he reached the pulpit.

Then something fell out of the Bible. He picked it up and looked at it closely.

It was an old leaf from a tree that has been pressed in between the pages.

"Mama, look what I found," the boy called out.

"What have you got there, dear?" his mother asked.

With astonishment in the young boy's voice he answered, "It's Adam 's suit!".

Welcome to my blog! 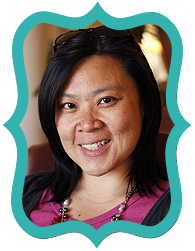 Click on the icon to send me an email. I'd love to hear from you. :D

Add Snippets to your site 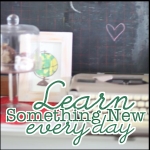